As I was reading your e mail, I came across this ruling and I couldn’t help my curiosity. Allow me to be open and frank, because as little knowledge as I have, I would really like to know the right thing. As I understand, according to you, one who does adultery (or apostasy etc) should surrender himself to the hudd and accept the punishment?

I have a friend, a Muslim who did similar crime, but he didn’t surrender himself to the court but repenting for his act (only two of us know about it). Also their government doesn’t follow this rule. I didn’t mention this to anyone as some times back I was listening to a khutbah where the imam was quoting a true story and he said the otherwise. However i don’t know what is right and not, only Allah knows. Since you’re a scholar I would appreciate if you would make this clear. 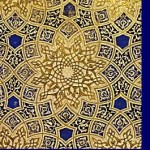 In the name of Allah, Most Gracious Most Merciful

Dear brother, there is no contradiction between what you are saying and what the answer of Mufti Muhammad stated.

There are two different issues.

One is that that a person is not obliged to confess to committing adultery and reveal his sin (which Allah kept concealed) to others. However, he must repent sincerely. In fact, it is stated that it is more preferable for him to fully repent and keep the sin concealed and not inform the Islamic judge about it himself (as explained by Ibn Abidin in Radd al-Muhtar 3:140). In the case of theft however, he must also seek forgiveness from the one he stole from.

This is as along as the case has not been proven in the Islamic court. Once the case of theft or adultery is reported to an Islamic court and proven, then there is no way to reverse that. Even the person who has been wronged cannot intercede on his behalf, forgive him, or have the penalty lifted from him in any way (as explained by Ibn Abidin in Radd al-Muhtar 5:353).

“Are you trying to intercede in regards to a penalty of Allah?”

Then he stood up and addressed the people saying:

“The thing which destroyed the people before you was that if a noble person among them committed theft they would let him go, and if a weak person would steal they would implement the penalty on him. By Allah! If Fatima, the daughter of Muhammad stole [may Allah protect her], I would cut her hand.”
[Reported by Bukhari and Muslim]

Hence, both situations are different.

It should also be remembered that such penalties can only be implemented by an Islamic state. Also, according to the Hanafi school, the penalty meted out acts only as a worldly punishment and does not alleviate the sin of the crime the person has committed. This can only be done through repentance whether there is a penalty or not (as discussed by Mulla Ali al-Qari in Mirqat al-Mafatih, his monumental commentary on Imam Tabrizi’s hadith compendium, Mishkat al-Masabih, 7:121).